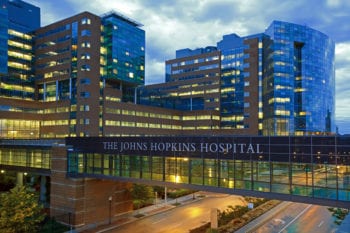 The United States Best International Hospitals for Visitors and Expatriates

Throughout the world, the United States healthcare system is known for two things: the first-class, cutting-edge medical care provided at the country’s hospitals and the unique insurance system that can make receiving medical treatment confusing and potentially very expensive for visitors and expatriates. Whether facing a medical emergency or opting for elective treatment, expats and visitors alike can expect a high standard of healthcare across the United States–but you should be aware of the costs and limitations of treatment for foreigners without health insurance.

Unlike most countries that maintain large networks of both publicly-funded and privately-run healthcare facilities, clinics and hospitals in the United States are almost entirely privately run. The country maintains an impressively large number of hospitals with more than 5,700 facilities across the United States. Like many other countries, the majority of hospitals are located in urban areas: about 3,000 of the U.S.’s hospital facilities are within major metropolitan areas with only about 2,500 serving the country’s vast rural areas. However, while in-depth specialty care for diseases such as cancer is typically concentrated in a handful of large urban hospital networks, emergency care is widely available in even the most sparsely-populated areas of this large country.

Best Public Hospitals in the USA

Public hospitals do exist in the United States, particularly in urban areas. Like their counterparts in other countries, the U.S.’s public healthcare facilities are often more crowded than private hospitals, leading to longer wait times. Even public hospitals in the United States carry high costs of treatment; however, these facilities are less likely to require that an expat or visitor without adequate insurance pay their entire medical bill upfront.

The high-quality and widely-available medical care offered at the United States’ hospitals comes at a price. For reference, U.S. citizens spend more than five times the amount of money on healthcare than the next highest country–and that’s with insurance. The United States is notable for not requiring expats or visitors to maintain a health insurance plan. However, because emergency room bills can easily amount to thousands of dollars (or more) for even routine visits, obtaining medical insurance is highly advisable for short- and long-term visitors to the United States. Keep in mind that if you do not have health insurance and cannot demonstrate an ability to pay prior to receiving treatment, U.S. hospitals are not required to provide more than the minimum necessary medical care for emergencies.

If you are faced with a medical emergency anywhere in the country, getting assistance is simple: just dial 911. Ambulance services are privately-run and often affiliated with the nearest hospital, but service is almost always uniformly quick and ambulances are generally well-maintained with the necessary equipment.

Recommended Hospitals in the United States for Expats and Visitors

Related: Cost of HealthCare in the USA