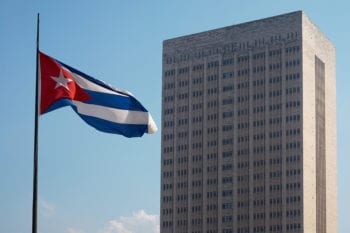 Best Hospitals in Cuba for Visitors

Cuba is a beautiful country with rich history and culture, making it a very exciting place to visit. While Cuba is a favorite travel destination, many expats are deterred from traveling to Cuba because of its Communist government and travel restrictions. Because meeting the travel requirements is difficult, Cuba’s expatriate population is much smaller than surrounding countries. If you find yourself in need of medical assistance, it’s important to know where to find the best hospitals in Cuba.

Tourism to Cuba is illegal by U.S. law. U.S. citizens traveling to Cuba will face various travel restrictions, but traveling to Cuba is still possible with certain exceptions. In 2019, the US banned flights to all Cuban cities except for Havana. Cruise ships and group tours from the U.S. to Cuba are also banned. U.S. expats are still able to travel to Cuba for the following reasons:

As a U.S. expat traveling to Cuba, make sure not to spend any money at businesses/hotels on the restricted list. Also, be sure to save all receipts from your time in Cuba as the U.S. government is allowed to ask for all receipts for up to five years. U.S. expats should make sure to arrive in Cuba with travel medical insurance, a valid passport, and a visa or tourist card.

What is the Quality of Healthcare in Cuban Hospitals?

Cuba’s healthcare system is praised by many for its free of charge health system for all Cuban citizens. Yet there are many problems that exist today regarding Cuba’s healthcare. Cuba’s infrastructure needs a lot of work, most buildings are in a poor state and need to be updated. Doctors also struggle with the absence of essential medicines, as well as the need for more modern medical devices. The trade embargo with the US has put a major strain on Cuba’s access to medical equipment, as they need to source equipment from as far as China, which can cause major delays.

What Type of Hospitals Are in Cuba?

There are no private hospitals or clinics in Cuba as all aspects of healthcare are run by the government. Cuba’s healthcare system consists of specialty clinics that are specifically used for the treatment of foreigners and diplomats. The best hospitals and doctors are reserved for tourists and politicians, leaving some Cubans with lesser quality care. Many resorts in Cuba have international clinics, mainly in Havana, Varadero, and Santa Lucia. Most expatriates in Havana are sent to Cira Garcia Hospital for all medical treatment, as it is known as a “tourist” hospital.

Is Medical Care in Cuba Free?

In Cuba, healthcare is considered a national priority, and a human right for all citizens. In 1959, the Cuban government began to overhaul the “for-profit” healthcare system which led to free health services for all citizens over the course of 30 years. Anything from a simple check-up to a complex surgery is free of charge. Even prescriptions and at-home visits are covered.

However, expatriates in Cuba must purchase medical insurance. This rule also applies to Cubans living overseas. It is important for expats to have health insurance, as they will not be allowed to leave the island if they have any outstanding medical bills. If an expatriate arrives on the island without travel medical insurance, they will have the option to buy insurance once they are on the island, at the airport, port, or marina at which they arrive in Cuba. It is important for an international citizen to have the cash to pay for medical costs, as Cuba does not accept credit and debit cards from other countries.

Do Doctors Speak English in Hospitals in Cuba?

While Spanish is the main language spoken in Cuba’s hospitals, expatriates may still be able to find some English speaking doctors. Cuba is known for sending many of its own doctors on missions trips around the world. As a result, Cuba offers a vast amount of scholarships for students from hundreds of countries, including the United States to attend medical school and work in Cuban hospitals.

Cuba has a relatively low crime rate compared to other countries. Crime, especially theft is on the rise, so expats should always be aware of their surroundings and try to avoid walking alone at night. In case of an emergency, expats should dial 106 to reach police, fire, or medical services. Expats should also be aware of hurricane season, which is June to November, as these hurricanes can be quite dangerous.

Hospitals in Other Cuban Cities