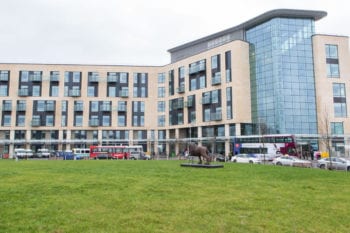 Best UK Hospitals for Internationals in, or Visitors to, the United Kingdom

The UK’s National Health Service (NHS) is acknowledged as one of the world’s leading health systems. All non-citizens in Britain are eligible for free emergency treatment at NHS UK hospitals, but some you will probably be responsible for some costs, determined by where your home country is. The UK has negotiated reciprocal health care arrangements among a variety of foreign nations, including New Zealand, Australia, and members of the EU, meaning their citizens are exempt from healthcare payments.

Although emergency hospital treatment is free for all in the UK, expats must enroll for an NHS number in order to make routine appointments with a general practitioner. GPs may refer patients and will be the primary point of contact for most.

Expats should make it their priority to enroll for an NHS number immediately upon arriving in the UK. To enroll, an appointment must first be made, they’ll then be subject to an interview and need to complete some paperwork. They’ll subsequently be assigned an NHS number that will arrive in the mail within a few weeks.

Private Hospitals in the UK

Read more about the Best Medical Insurance Plans for Expatriates in the UK and UK Travel Insurance for Visitors to the United Kingdom.

Best Hospitals in the UK

Healthcare in the UK is top-notch and universally highly regarded. The following are the best hospitals in the UK, recognized for their high-quality care to patients, shortness of time patients stay, and the rate of emergency readmissions.

Realted: Health Insurance For Expats In The UK

International Citizens Insurance
4.9
Based on 134 reviews