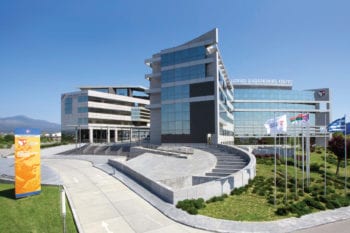 How Many Hospitals are in Greece?

In Greece, there are currently 283 hospitals. Greece has both public and private hospitals and it is believed that there is actually an oversupply of beds in these hospitals.

How are the Hospitals in Greece?

Is Healthcare Free in Greece?

Greece operates a National Health System, also known as ESY. ESY provides all residents will free and accessible healthcare. Expats who are working, looking for work, or on a pension must contribute to the IKA, which is social security in Greece, and therefore will receive free or subsidized healthcare. Citizens of the E.U. may have access to free public healthcare for a certain amount of time if they have their European Health Card. The Greek healthcare system is made up of public and private healthcare providers. It is recommended that expats traveling to Greece purchase full private health insurance as Greek public healthcare is not comprehensive. In cases where the government does not cover 100% of the medical costs, private insurance can cover the portion of the bill.

Private vs Public Hospitals in Greece

Expats can have access to public healthcare if they contribute to Greece’s social security program, known as IKA. An expat must apply for national health insurance that is run by the IKA. Expats will receive a social security card known as AMKA. If an expat goes to an IKA-approved practitioner, healthcare is usually free. Expats will still have to pay a fee for prescriptions.

Hospitals in Greece are split into two categories; general and specialized. General hospitals have multiple specialty departments that most medical cases while specialized hospitals focus completely on one specialty.

Do Doctors in Greece Speak English?

Best Health Insurance Plan for US Citizens Living in Greece