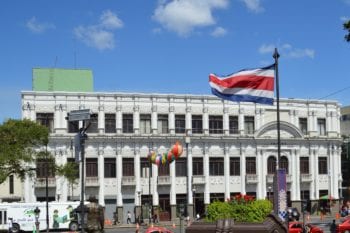 Best Hospitals in Costa Rica for Expats and Foreigners

With its wide array of activities, beautiful beaches, and favorable cost of living, Costa Rica is popular with visitors and expats alike. Those who land in Costa Rica from abroad range from the young, eager to partake in the many activities, to retirees, looking forward to enjoying life by the beach at a cost within reach. But whether your trip to the land of “Pura Vida” is temporary or you plan something of a longer duration, it is important to be prepared if something goes wrong or if you need to take precautions to safeguard your health. From scheduling routine appointments to dealing with an unexpected emergency, this often means accessing the country’s hospital system. You are likely wondering about the cost, whether or not Costa Rica’s healthcare is up to snuff and what kind of access you will have to services as you visit different parts of the country. Here is what you need to know about hospitals in Costa Rica to be sure you will have a great stay, no matter what happens.

Private Hospitals in Costa Rica Recommended to Visitors and Expatriates

Probably the most popular Hospital for expats and medical tourists is the private Hospital, Hospital CIMA, located just west of the city center in the Capital. It is part of a group of International hospitals that is based in Texas and is the most popular with North Americans and English speakers. In San Jose, there is a private hospital named, Hospital Clinica Biblica, which also has a great deal of English-speaking staff. In the Guadalupe suburb of San Jose is the Hospital la Catolica, which is well known for the friendliness and warmth of the staff, and is accessible by car or taxi from the center of the Capital.

Are Hospitals in Costa Rica Good?

In the middle of the twentieth century, after a short but brutal civil war, the country decided to abolish the military and instead invest in the country’s healthcare system. This means that Costa Rica has a very robust and quite well-funded public healthcare system. That being said, many visitors to Costa Rica opt to take advantage of the private hospitals. These are very well-regarded healthcare facilities, but there are only a small number of them, and in the more remote parts of the country or the tourist areas, there may be no access to private hospitals. However, whether you face an emergency injury or only seek to schedule a routine procedure, it is worth investigating the public option.  This can save a great deal of time, money, and hassle not just in medical expenses, but in travel expenses as well. Any travel that requires emergency medical evacuation is billed directly to the patient to transport them to a private facility.

How Many Hospitals Are in Costa Rica?

There are only three private hospitals in Costa Rica, with a total of 223 beds. Meanwhile, in the public system, there are 30 hospitals, 16 of which are in the country’s Central Valley region, as half of the population lives here. The three private hospitals are also located in this area. It is worth mentioning that for expats and visitors, the most favored locations in the country are on the coasts, and not necessarily an easy distance from the San Jose province. In addition to the 30 hospitals in the public system, which have 6,000 beds, there are an additional 500 clinics and about 1,000 “Equipos Basicos de Atencion Integral,” which offer basic medical attention in remote areas.

It is a smart idea to make sure you have great health insurance before you arrive in Costa Rica!

Best Health Insurance in Costa Rica for Expats and Foreigners

What Is the Difference Between the Public and Private Hospital Systems?

Costa Rica’s public hospital system is run by the country’s public healthcare system, the Costa Rican Social Security System of CCSS, which is more commonly referred to as “Caja.” The public hospital system offers strong medical services; however, the hospital settings and waiting rooms might be more chaotic than what visitors from other countries are accustomed to. Additionally, non-Spanish speakers may find some difficulties navigating the system. It’s a good idea to begin brushing up on your Spanish if you plan to use the Caja system. Otherwise, you should bring someone who can act as a translator if you’re not up to speed on Spanish words for body parts or other words you may need to describe your condition.

On the other hand, the private system’s hospitals are designed to cater to people looking for the hospital experience they have “back home.” English speakers will not have to worry about major language barriers. These hospitals are more expensive but are very popular with visitors and expats. Visitors from the United States will often visit Costa Rica because costs are lower than the medical expenses in the US, even with insurance. Costa Rica is known for its world-class healthcare, amongst the best in Latin America. The private hospitals take a range of insurances, and if you are planning to spend time in the country, it is a good idea to make sure you are covered. While expenses are lower than healthcare costs in the United States, private hospitals in Costa Rica have costs that are still high. They can easily range in the thousands of dollars for more major procedures and routine surgeries.