Home > News > 12 Things You Need To Know About Brazil

12 Things to Know About Traveling, or Moving, to Brazil 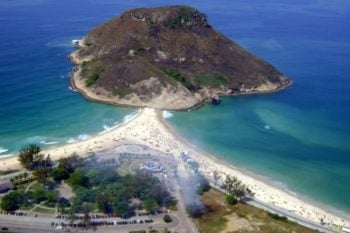 The largest single-event sporting competition in the world, the 2014 FIFA World Cup, was held June 12 of that year in Brazil. That year’s host country has not only earned a spot in every World Cup competition since the event began in 1930, but it is also a travel destination worthy of a visit all year long. You do not need to wait for Brazil to host the next World Cup for an excuse to visit South America’s largest country. This country is filled with terrain suited to every traveler’s tastes, including coastal regions with some of the world’s most famous beaches, mountainous regions for climbers, and the Amazon region with its world-famous river and rainforests. With an annual average temperature of between 70 and 80 degrees Fahrenheit, I think it is safe to say that visiting Brazil will be enjoyable no matter when you find yourself there. Here are 12 things you need to know before you go.

As you can see, there is much to see, do, and learn in Brazil. This is a beautiful, friendly, and culturally rich and diverse country worth visiting. While the people are welcoming, it is always wise to keep your valuables close to you when out and locked safely away when in your hotel room. You should also note that Americans are required to possess a passport and obtain a visa prior to visiting the country. If you are planning to tour the Amazon while in Brazil, check with the CDC and ensure that you have all of the required vaccinations prior to your trip. Brazil is much more than Carnival and the World Cup, although those events are definitely worth your participation! Now that you’ve learned 12 things you need to know about Brazil, take your trip and enjoy this wonderful South American country.