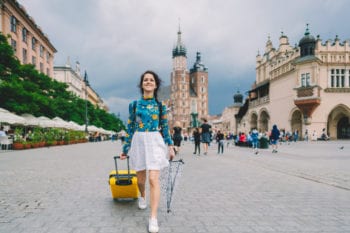 The COVID-19 epidemic in 2020 changed travel and human history. Its disruptions kept expatriates from traveling. Now, travel is opening up again. In response, people living overseas are re-evaluating where they want to be – and if they still feel secure living abroad.

Cigna has insights about this from their Cigna 360 Global Well-Being Survey of expats in 2022. They surveyed nearly 12,000 expats across 15 countries in April and May 2022. Their goal: to find out how they feel about their lives and well-being. Results showed a major change in what working-age people between 18 and 65 seek from their destinations and experiences.

Many expats experienced isolation and travel difficulties around COVID-19. After this, up to 73% of people queried in the Cigna 360 survey admitted they were re-evaluating their life priorities. They are now concerned about finances, especially around the security of retirement. They are also worried about personal security. 76% of people living overseas said that, now, “being close to family and friends is more important than before.”

As a result, they are making different choices based on their values. Alex, a UK national in Hong Kong, told Cigna 360: “I’ve been overseas for over twenty years, I met my wife in Hong Kong and have raised two children. I always thought I would live the rest of my life in Asia but the pandemic changed our priorities and we have made the decision to relocate to Germany to be closer to our families and give our children a more stable education.” Like Alex, about 25% of midlife expats said that awareness of safety and security was impacting where they chose to live.

People moving abroad are also warier of moving to countries that seem vulnerable to geopolitical stresses. Only 1% of people surveyed wanted to move to Saudi Arabia or mainland China. Cigna 360 analysts note, “This could herald a shift in expat life moves in the future, with some traditional low tax hubs in Asia losing their allure as long term destinations, as people’s priorities shift from finances to lifestyle.”

See Also: Moving Abroad During the Pandemic? Health Insurance is a Must

Canada is the New #1 Expat Destination

Expatriates often consider themselves experts in where to live globally. So it’s important that, in Cigna 360’s survey, 11% of they people surveyed wanted to relocate to Canada.

Canada is known for its quality lifestyle options, its single-payer Canadian healthcare system, and its safety. As of 2022, Canada ranks at #12 in the Global Peace Index –  just below Switzerland. Canada’s welcoming culture shows with its commitment to immigration. Canada landed over 400,000 new permanent residents in 2021. More, people in the United States often want to move to their northern neighbor because of Canada’s relative safety. Canada’s gun homicide rate in 2020 was an eighth of the rate in the United States.

Two favored destinations were tied at 9%, Australia and United States. These countries garnered praise for their lifestyles and health care. European countries and the United Kingdom also remain popular with those who would live overseas.

Read: Top Tips for Expats Moving to the United States

A significant amount of expatriates may soon decide to return to their home countries. In Cigna 360’s survey, 54% of people sureyed said they were undecided about returning home or continuing to live overseas for the next two years. A full 32% planned to continue living outside their home country for two more years. Only 14% said they were very likely to return to their country of origin.

The more experienced people were with life abroad, the more likely they were to keep living internationally. Of those living overseas for five years or more, only 9% said they would be likely to return home. In contrast, for people overseas less than a year, 25% were likely to return.

People’s destination impacts how confident they feel about life abroad. Those in Europe and Australia felt more secure, and a majority said they would remain overseas. As an example, foreigners in Switzerland see themselves as there for the long term, with more than 52% there for longer than five years. Foreigners in Asia were less certain. Only 5% of those in India and 16% in Mainland China were sure they would remain.

Michelle Leung of Cigna International Markets summarises what this trend means for people working overseas. “Over the past few years we have seen people choosing to take roles that are closer to home, with a move away from ‘long haul’ expat destinations, towards more localized, regional roles. With memories of restricted travel likely to remain for the foreseeable future, the emphasis on being able to travel and easily visit loved ones will be likely to continue.”

The world of expatriate living is reviving in an important way. The youngest people in the survey were keenly interested in moving to another country. Of those between 18 and 24 years old, 37% wanted to move, showed the Cigna 360 survey. This group is likely to seek higher education overseas, one of the easiest ways to access life in a different country.

The next age group, between 25 and 34, was ready to explore, too, with 34% wanting to move internationally. They are primed to travel thanks to the dual rise of remote work and digital nomad visas. A stay of six months to two years with a digital nomad visa lets an expat enjoy a different country, with both a protected visa status and a deadline for their return home.

The future of expatriate life is starting to take shape. Those venturing abroad will be selective in choosing their destination. With new visa options and a greater awareness of the value of home, people may live abroad for a shorter amount of time. Younger travelers, aware of how quickly the world can change, may be more proactive in seeking time overseas. And migration patterns are already shifting towards countries that offer security and quality of life rather than excitement or low-tax salaries.

Expect these patterns around expatriates to stay in place for five to ten years. This may be an excellent time to move to where you’ve always wanted to live. Take steps to support your own values when you do so that you’ll be happy with your own destination.