When Traveling, You Should be Aware of these Strange Laws in Foreign Countries 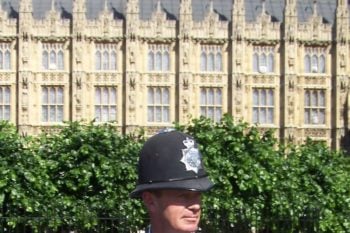 Traveling to a foreign land is exciting. I have seen many places throughout the world, and I never get tired of spending time in new cultures. Even if you haven’t traveled out of our country, you know that in the U.S. alone, traveling from state to state can show you a different way of life. We are an eclectic nation set in an eclectic world. But our laws are fairly straightforward, and we’re used to them. There are probably a few federal and state laws you find ridiculous, but you’re going to have to trust me – any ridiculous U.S. law pales in comparison to the nine laws I’m going to list in this blog post. As if this were a transcript of an old episode of Ripley’s Believe or Not, here are nine things you didn’t know are a law… and some of them are sure to make you scratch your head!

As you can see, there are some interesting laws throughout our world. Some are strange, some are funny, and some just don’t make any sense at all. I’m sure we have some laws here in the States that also make you scratch your head! Still, when traveling abroad, even if you don’t understand the law, follow it anyway. You’re in another land, and you might not have the same rights we have here. No matter how ridiculous the law might seem, obey it… and have a wonderful time while you’re there!