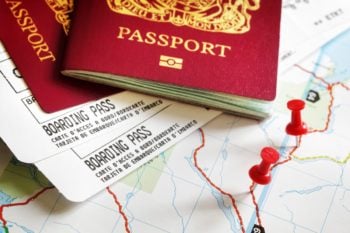 Unexpected Countries Where You Can Live Your Best International Life

There are certain countries where expats seem to gather, where we all know somebody living their best life and posting envy-inducing snaps on social media. Singapore regularly tops expat lists for the quality of life it offers foreign residents, Australia is another favorite for Britons looking for endless sunshine and beaches, while Spain has long been the UK’s top retirement destination.

But there are some destinations that fly under the radar. They offer a fantastic quality of life without having already fallen victim to the expat rush. As a result, they can offer opportunities to really integrate into local life, often they enjoy cheaper living costs than better-known hotspots and they certainly promise a great lifestyle.

So, if you’re looking for your next adventure, don’t just head to the well-known spots. Why not investigate one of these options instead?

Before you move – Review: Choosing an Expatriate Health insurance Plan for Life Abroad

When heading to the Gulf, most expats end up in the United Arab Emirates or Qatar. However, it is worth considering the kingdom of Bahrain. Not only does the oil-rich state have an excellent health and education system, but there are also no personal taxes and a vibrant expat community – in fact foreigners outnumber locals.

Consistently ranked as one of the best expat locations in the world, Bahrain promises a rich history and culture, glorious beaches and glitzy hotels and malls. According to the latest Internations survey, expats find it easy to settle and find people-friendly, while education and childcare ranked highly and the overall quality of life was praised too.

Some may worry about Sweden’s long dark winters but think of the glorious summers, when Sweden really comes to life. The Swedes known how to live life well, they celebrate spring and summer with vigor, while in winter there is always skiing and other great winter sports. The cities are beautiful – Stockholm is laced with waterways and is nicknamed Northern Venice – and the scenery of lakes and fjords spectacular.

Add to that a strong economy, one of the world’s greenest, relatively low unemployment, and an incredibly generous, wealthy state that offers free education and healthcare with great childcare to a high standard, not to mention a liberal culture. It all makes for a great place to live.

Hong Kong and Singapore are well-used to being in the spotlight when it comes to expat living, but one Asian country always flies under the radar – Taiwan. Expats rank this verdant island nation as one of the best in the world when it comes to family life, their career and a low cost of living. In fact, HSBC refers to it as “the expat world’s best-kept secret”.

A place where tropical forests meet mountains and temples greet beautiful beaches, Taiwan has a fantastic culinary offering and a liberal, democratic society. With a dynamic economy, there are interesting job opportunities, the cities are vibrant and there is a relatively low number of foreigners living in the country, so you can be fully immersed in the local culture.

Austria Is a Great Country to Live In

With its capital, Vienna named the best city in the world to live for the ninth year in a row by the Mercer Quality of Living survey, Austria more than deserves its place among the top alternative expat destinations.

Praised for its great transport and infrastructure, recreational activities, education, safety, and security, it was named as an ideal country for expats. Beyond the capital, Austria promises jaw-dropping scenery of mountains and lakes, picture-perfect towns, fine art, and music.

Internationals and foreigners praise the strong economy and great family life, as well as the high levels of health and wellbeing. If you are looking for a better quality of life close to home, Austria could be a good option.

This colorful nation of Aztec and Inca Empires, gleaming white beaches, volcanoes, jungle, and fantastic food seems to grab the headlines for all the wrong reasons. But according to the latest Internations survey, it is also home to the happiest expats in the world.

Ranking number one out of 68 countries for happiness, according to expats, living in Mexico is safe, offers great value as the Cost of Living in Mexico is low, and the country has the friendliest population in the world. Many of those surveyed (two out of five) are retired and moved in search of a better quality of life, while four in five say they found the local culture easy to get used to and more than half commented on the friendliness of locals, particularly to foreign visitors.

Why Foreigners Choose to Live in New Zealand

Tempted by childhoods watching sunny soap operas like Neighbours and Home & Away, plenty of Britons choose to head Down Under for quality of life and a great climate. But Australia’s modest neighbor New Zealand is also a fantastic place for expats, promising great healthcare and education as well as a tolerant society and a great work-life balance.

With its breathtaking scenery, it is no wonder New Zealanders love heading out into the great outdoors and you can too if you choose to live in the land of the long white cloud. According to a recent guide by 1st Move International, quality of life is cited as one of the things expats love most about New Zealand, with a relaxed pace of life, a welcoming atmosphere, and a healthier lifestyle all coming up close behind. Read the full guide here.

Indonesia is a Great Country to Live in

According to the latest HSBC Expat Explorer survey, Indonesia may not rank highly for its economy, but when it comes to the experience of living in the country and family lifestyle, the country comes out on top.

Made up of thousands of volcanic islands, Indonesia is considered a great place to start a business, according to expats, as well as offering spectacular beauty and variety, fantastic cuisine and endless opportunities for adventure.

The vast majority of expats also love the fact they can get involved in the local culture and feel integrated with local people, while a better social life and opportunities to make a good wage are other upsides to life in Indonesia.

Related: Best Places and Countries to Live In Around the World (Via InternationalCitizens.com)

That about wraps up our list of unexpected expat destinations. Did you find this list as surprising as we did? Or perhaps you have your own unexpected destinations to add? Let us know!

Also, you may want to read: