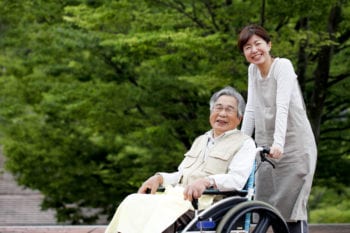 China is one of the world’s most popular tourist destinations and expatriates in China are also showing up in sizable numbers. An estimated 600,000+ expats in China call China their home away from home. And while China offers a beguiling mix of cities, countryside, culture, technology, history, and adventure, living in China brings challenges. Here’s what expats in China need to know about the Chinese health care system, wellness, and medical care.

Foreigners decide to live in China for many reasons, a new business opportunity, a cultural experience or sometimes even just for a life change. If you will be or are already included in the group of expatriates living in China, no matter what brings you there, it is important to ensure you have a solid understanding of the medical system in China in case you need to use it in the future.

An Overview of Healthcare in China for Expatriates

Medical care is available through a variety of channels in China, including private and public hospitals, private clinics, and international hospitals. Considering the size of the country and the population, you can imagine the quality and cost of health care can vary widely throughout the country. Therefore, expatriates and visitors should do their research on local facilities and providers prior to landing in the country. A quality health plan will provide assistance in finding the top doctors and hospitals in the region where you will be living.

Does China Have Free Healthcare

Since 2006, China has been undertaking the most significant health care reforms since the Mao era. The government launched the New Rural Co-operative Medical Care System (NRCMCS) in 2005 in an overhaul of the health care system, particularly intended to make it more affordable for the rural poor. Under the NRCMCS, some 800 million rural residents gained basic, tiered medical coverage, with the central and provincial governments covering between 30-80% of regular medical expenses. The availability of medical insurance has increased in urban areas as well. By 2011 more than 95% of the total population of China had basic health coverage, although, out-of-pocket costs and the quality of care varied significantly. The health infrastructure in Beijing, Shanghai, and other major cities were approaching developed-world standards, and are vastly superior compared to those operating in the rural interior. Source: https://en.wikipedia.org/wiki/Healthcare_in_China

Throughout China, public health care is increasingly expensive but remains inconsistent in terms of quality. You will be able to find public hospitals in all major cities that offer medical services. In rural areas, however, residents can take hours or even days to get to the nearest clinic. The country’s public health care system is largely considered substandard, though treatment varies widely from one facility to the other.

Private Hospitals and Doctors in China

For those seeking a higher quality of care, private medical facilities will offer higher quality treatment to expatriates and foreigners. Again, these private facilities typically will charge at least twice what you will be charged at a public facility. With that said, the quality of care and level of service provides a degree of comfort knowing that you will have immediate access to the best doctors available.

If you’re based in Beijing or Shanghai, you’ll have access to some of the finest hospitals and treatment centers in the world. These centers come with many comforts, as well as state of the art diagnostic equipment and multilingual staff. However, it’s important to note that these are private facilities. These exceptional standards usually aren’t found at state-run centers

In rural areas, your healthcare options may be inconsistent and services may be very modest. If your new life involves relocating to a remote area or frequently visiting one to participate in activities like hiking, make sure your health provider includes coverage for air ambulance transfers so you can be treated in a major city during an emergency.

Traditional medicine is a significant component of healthcare in China. It’s especially prominent in rural areas, where sometimes the only health care provider is a traditional medicine practitioner. However, it’s common in large cities as well. And it’s not that unusual to see both traditional practitioners and certified physicians consulted on the same cases. However, it’s rare for one individual to be equally qualified and competent in both fields. Ask your insurance provider for detailed information on what traditional practices might be included in your coverage – such as acupuncture and acupressure – and what you should know about seeing these practitioners.

Expats should note that in China it’s common to give patients a copy of their charts, tests, and X-rays. This isn’t just for you to have your own records for your doctor at home! It’s also so you can bring them with you the next time you need to see a doctor in China. Files are not forwarded to other practitioners or maintained on a central database for sharing like they are in other countries.

There are a number of options for expatriate health insurance in China. Expatriates are able to have worldwide coverage, including or excluding the USA while living in China. These plans provide coverage of up to $5,000,000 or more and include hospitalization and outpatient care, prescription medication, mental health, and pre-existing condition coverage.

Cigna Global was one of the first companies to offer expatriate or global health plans in China and they remain a leading international provider. Free Cigna Quote / Apply Another option is Aetna International.

If you are a US citizen looking for expat health insurance in China that has excellent service and an unlimited policy maximum, your best option is the Geo Blue Xplorer plan. The GeoBlue Xplorer health plan is a great plan for US citizens who travel to or from the United States for extended periods of business, leisure, and study.

While air pollution and congestion is a very real concern in most major Chinese cities, expats report that disposable white surgical masks are far less common a sight then they were led to believe. And, while the masks might work well to protect against catching a cold, they actually do very little to combat the effects of pollution. If you have asthma, allergies, or other respiratory concerns, speak with your doctor before you leave home. And take this recommendation from others who have been in your shoes. Savvy expats know to invest in an air-purifying system for their home and their office.

Why Expats Should Learn A Bit of Mandarin – Or A Lot

Many people in China, especially those working in the healthcare system, speak English. And those who are not fluent often know several phrases to get the conversation rolling. But it is well worth the effort to learn Mandarin, or even just grasp some basic vocabulary.

Phrases like “I feel really sick and urgently need a doctor” or “Please contact my embassy right away” or “I have a history of high blood pressure” are invaluable in an emergency. Expat Ryan McMunn asserts that learning Mandarin is much easier than it’s made out to be. He adds: “If you are successful it will add more than you can ever imagine to both your business and personal life in China.”

Think Twice About Driving in China

Cautions about the perils of driving are commonplace advice for expats. But in China, such warnings aren’t just lip service. Expats should give some serious consideration about whether or not they’re up for the task of driving. As writer Richard Fowler said: “On the roads here, it’s every man for himself and whatever you do, you should never show consideration and never give way to any other driver. It shows weakness. Any outsider wanting to drive in such an atmosphere of anarchy would surely need his head examined. I am that man. I went out on the roads no more than seven or eight times. These proved to be terrifying experiences.” Yikes!

Speaking of transportation woes…. Pedestrian life is not without its consequences either. “Run for your life” is a common crosswalk survival technique. And even the lowly sidewalk has hidden dangers. Unexpected holes are a common concern in some areas, and nasty falls or even broken bones can result.

Relocating to China can be a very challenging experience, and not without some days of abject frustration. But it’s also an incredibly rewarding destination, one that most expats fall in love with and never want to leave.

International Citizens Insurance
4.9
Based on 81 reviews