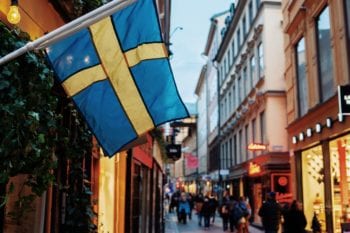 Sweden has a long tradition of residents moving to live abroad, but not always for happy reasons. Between 1850 and 1930, there was mass emigration from Sweden. An estimated 50,000 people left the country every year due to high unemployment, crop failures, and religious persecution. Thankfully, things have changed. Sweden is now a safe, prosperous, diverse country that attracts millions of visitors and new residents each year. And when Swedes do seek a different life abroad, they are doing so to embrace the opportunity, education, and adventure. In fact, the number of Swedes choosing to live abroad now is at an all-time high. Like with any big move, there’s a lot to consider before they can go and healthcare options are top of mind. Health insurance for expats from Sweden is a big consideration. Here’s what they should know before their big move.

Work is the most common reason that Swedes move abroad, with 45% opting to move for job opportunities. Personal matters come next, with 33% moving to be with a partner and 23% moving because members of their family moved.

For those who have made the move overseas, it appears to have paid off. A reported 51% say that they’re very happy with their lives, compared to a smaller 38% of people within Sweden. Still, not all consider their moves to be permanent, as approximately 60% say that they would consider moving back home.

Sweden’s healthcare system is designed to provide care for Swedish residents. Thus, if you move out of the country, the healthcare system will not cover your costs. However, if you’re moving to an EU country and have already signed up for a free European Health Insurance Care or EHIC, you will receive care at the same cost and standards that locals do. While this isn’t a substitute for comprehensive care with full insurance coverage, it’s a good option to have.

Adjusting to Different Costs and Standards When Moving From Sweden

Sweden has one of the best healthcare systems in the world. As such, no matter where Swedish expats go, they’re likely to notice differences in the standard of public care. Not all countries can match Sweden’s commitment to funding healthcare and dedication to bringing in improvements.

One likely difference expatriates will notice is pricing. While Sweden sets very reasonable co-pays for medical visits, other countries aren’t so reasonable. Additionally, while Sweden caps the amount that a patient can pay in a calendar year, this isn’t the case for most other countries. Therefore, while the cost-per-visit might be modest, there’s no limit to how much a patient will spend should they need multiple appointments.

Of course, in some countries, there is no co-pay at all, which is very appealing for patients. However, there are still likely differences in what kinds of services are included or not. Ambulance rides, physiotherapy consultations, psychotherapy, and senior’s home care are all examples of medical costs that are included in the public healthcare system of some countries but not others.

For those without insurance, the cost of medical care in countries like Canada and the United States can be extremely high. In other countries, like Guatemala and Costa Rica, the cost of medical appointments is very low. However, the conditions are such that Swedish expats will likely prefer private options.

Compared to many countries, buying private health insurance isn’t overly common in Sweden. That’s in part because of the high standards of the public healthcare system. There’s little need for private insurance when the public system already provides excellent care in clean, comfortable, private facilities. But the same cannot be said of most countries.

Private insurance isn’t just for well to do people who want elective procedures at hotel-like clinics. It’s an affordable route to excellent care, short wait times, and multilingual staff in countries where the public system often falters. In less-developed countries, state of the art diagnostic equipment and advanced specialist care can be hard to come by for those without private insurance.

Best Health Insurance for Swedes Moving to the US

Medical Conditions To Discuss With Your New Doctor

Another condition that foreign doctors may not be familiar with is Dupuytren’s Contracture. Also known as Viking’s Disease as it disproportionately affects people from Nordic countries like Sweden, Dupuytren’s is a hand deformity that worsens as one ages. Thick, tough tissue forms under the palm of the hand, forcing the fingers to curl inward over time.