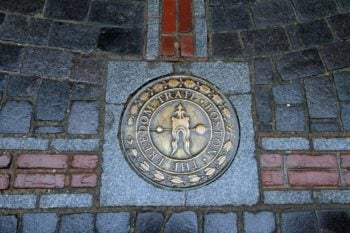 In the history of the world, the United States of America is considered a baby compared to other countries. The United States became an independent country in 1776, while other nations of Europe, Africa, and different continents have histories dating back many more centuries. However, in the two hundred plus years of the country, it has created some historical destinations for people of all ages to enjoy. In fact, when families are looking for locations for upcoming vacations, fun and educational vacations can be planned where everyone can learn more about the United States of America.

If you are taking a group of students abroad, consider our student travel insurance plans and group insurance for schools.

There are some popular locations that were crucial to the origins and growth of our country. Cities such as Boston, Philadelphia and New York City have been central spots of the American Revolution and the fight for freedom from Britain. Washington, D.C. Is the Capital of the United States, and several spots in the city are dedicated to the government and the people who have made the country what it is today. Also, other locations are available where you can learn about colonial times or Civil War times including Gettysburg and Williamsburg. And, one of the most popular locations where you can learn about the Texas Revolution is The Alamo in San Antonio.

The following resources are just a sample of some of the historic destinations you can find in the United States. Each of these locations offers people information on historical times as well as educational experiences about the United States. Please feel free to check out this information and share with others who may benefit.

Ideas for your Education Trip

International Citizens Insurance
4.9
Based on 131 reviews

International Citizens Insurance
4.9
Based on 131 reviews