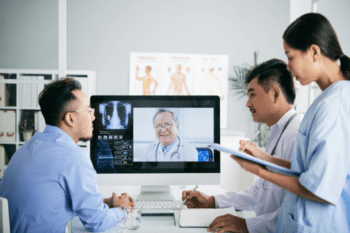 Vietnam’s healthcare system has made impressive strides over the past ten years. The country continues to make strong progress towards its goal of achieving universal healthcare. Where once patients had to leave the country for complex medical care, today this need is all but eliminated. Life expectancy is slowly increasing and Vietnam has done an impressive job running public health campaigns. For instance, according to the Global Monitoring Report, 97% of Vietnamese children receive their immunizations. However, significant room for improvement remains. At present, Vietnam’s healthcare system is ranked 160th out of 191 countries by the World Health Organization.

The government of Vietnam is moving towards universal healthcare. The country’s Master Plan for Universal Coverage aims to slash out-of-pocket costs for patients in half. Whereas patients once paid up to 80% of their healthcare costs, the Master Plan hopes to reduce that by 40%.

As it slowly moves towards universal healthcare, Vietnam is modernizing its entire healthcare administration, starting with electronic records. Since June 2019, an ambitious project to manage electronic health records based on social security numbers has been in place.

Who is Eligible for Care

Expats are not eligible for any form of public health insurance in Vietnam. However, they can use public clinics and hospitals and pay the regular, non-subsidized rate.

Unlike some countries, Vietnam doesn’t require incoming expats to hold private health insurance in order to apply for a work permit or qualify for residency. However, all foreigners must have clean bill of health in order to receive a work permit. In order to prove that you’re healthy, you must obtain a medical certificate from a local hospital or clinic.

Expats using public hospitals and clinics will be required to pay before they’re seen by a doctor. Afterward, you can submit your receipts for reimbursement from your insurance company. In some cases, private hospitals also require advanced payment. Not all provide direct billing to insurance companies. Your provider can work with you to help sort out the logistics and options in your area.

Health Insurance in Vietnam for Expats

Health Insurance for US Citizens Living in Vietnam

Medical costs in Vietnam feel very affordable for expats. Appointments for minor concerns can cost as little as a few dollars. However, for local residents, these modest fees are still out of reach. At present, the government subsidizes 80% of hospital fees for those at or below the poverty line. It covers 100% of the costs for impoverished people and ethnic minorities living in disadvantaged areas through the Health Insurance Fund, which is supported through general taxation. Additionally, working-class farmers and fishers have their hospital fees subsidized by 30%.

Speaking of costs… when you visit a public hospital in Vietnam, there’s a second round of unofficial payment you might not be expecting. The practice of “appreciation envelopes” is a long-standing tradition of giving small gifts of cash to doctors and nurses. The actual amount is quite small, ranging from a few dollars to about $25 and, while it’s technically voluntary, very few patients opt out of the custom. Tourists and expats are generally exempt from the expectation of giving appreciation envelopes. However, that might change for long-term foreign residents who are known to staff and have used the hospital before.

With few exceptions, Vietnam’s public healthcare system and facilities are basic at best. Hospitals and clinics are cramped. Chronically underfunded, diagnostic equipment is outdated, the staff is in short supply, and patients can expect little in the way of comfort or privacy. And they’re crowded—very crowded. It’s not unusual for patients, especially pediatric patients, to share a bed. Such desperate measures have serious consequences. In 2014, an outbreak of measles in which 120 children died was traced to the bed-sharing in an overcrowded hospital ward.

A significant source of this overcrowding is rural residents who travel to major cities like Hanoi and Ho Chi Minh City to receive care. Public hospitals in these cities offer better standards of care than the basic clinics located in the countryside. It’s not surprising that vulnerable patients want to receive the best care possible and thus they flock to the cities. However, their exodus skews statistics. The city hospitals receive the bulk of public funding in order to help cope with their heavy patient loads. The basic clinics in the countryside never get additional investment—and thus rural patients have little reason to trust their local facilities and once more head to the cities. It’s an unforgiving cycle that the government is trying to break but the system remains very unbalanced.

Most expats opt to receive care in private hospitals. They are treated by multilingual staff and French and English are commonly spoken by doctors and nurses. While not at the same level of luxury that characterizes private healthcare facilities in other countries, Vietnam’s private hospitals are clean, comfortable, and modern. Patients can expect a reasonable amount of privacy and a pleasant environment.

New parents describe Vietnam’s prenatal care, delivery care, and follow-up appointments to be similar to the schedule followed in the United States. Ho Chi Minh City’s Franco-Vietnamese Hospital (FVH) is one of the expat community’s preferred spots for maternal and newborn care. However, there are occasional differences in communication style and some patient care practices. Before you commit to one doctor or clinic, interview several candidates and tour as many facilities as you can to make an informed decision.