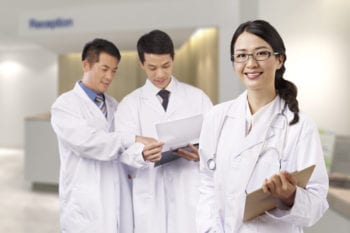 Singapore’s healthcare system is the envy of the world. By every measurement, it performs exceedingly well. The country placed 6th in the World Health Organization‘s ranking of the world’s health systems in the year 2000, a position it has held to the present day. The Economist Intelligence Unit placed Singapore 2nd out of 166 countries for health-care outcomes. Bloomberg Global Health Index of 163 countries ranked Singapore the 4th healthiest country in the world.

This superb level of healthcare means that Singaporeans enjoy an extremely high standard of living. And, as of 2019, Singaporeans had the world’s longest life expectancy at 84.8 years. The secret to the country’s success is a source of debate, especially among countries that wish to emulate their results-driven model. Some critics argue that it’s easy for Singapore to deliver such great healthcare as they lack many of the public health concerns other countries have in spades. The prohibitively high cost of car ownership means the public gets plenty of exercise, has less exposure to exhaust pollution, and experience far fewer traffic accidents. As well, incredibly strict gun and drug laws help to keep crime in check. Other pundits point out that Singapore’s model puts a greater level of responsibility in the hands of patients, which reduces frivolous visits.

In truth, Singapore’s success is likely a combination of all these factors and more. In any case, it’s a unique model that serves its citizens well.

Singapore’s universal healthcare is based on public and private facilities. Singapore citizens and permanent residents are entitled to subsidized healthcare services because they contribute to Singapore’s “three M’s.”

Singapore’s health insurance system is built around the “three M’s”. They are Medisave, Medisheild, and Medifund.

The Medisave program is a forced savings plan that represents between 7% and 9.5% of a working person’s wages. People working in Singapore then use their Medisave account to pay for some of their routine care. On the plus side, this plan essentially forces people to be responsible consumers. They must save money and make choices on how to best use it. On the downside, it removes an element of freedom from the average person’s life, as they have no say on whether or not they must save this part of their salary.

Naturally, not all healthcare expenditures fall under the realm of routine care, nor are they all affordable for the average Medisave account. That’s where Medishield comes in.

Medishield is like a nationwide catastrophic insurance program. Premiums are set by age and the deductibles are reasonable. While it’s possible to opt-out of Medishield insurance, most Singaporeans see it as a good value. If you’ve had so many health concerns in a year that you have used up all the money in your Medisave account, your insurance with Medishield kicks in.

The third M stands for Medifund. Powered by a three billion dollar endowment, the government uses the fund’s investment income to pay medical bills for those in financial need. Just how financial need is quantified depends on the hospital boards that administer Medifund. Fortunately, more than 99% of applicants are approved.

Singapore’s healthcare system is funded by the government and through the public, via their contributions to the Medisave program and the Medisheild insurance plan. The government also manages the Medifund endowment investments. This occasionally comes up as a source of concern for the public. If the investments aren’t managed prudently, Singapore’s most vulnerable residents could find their healthcare at risk. The endowment fund itself cannot be used directly to fund the Medifund program.

The government of Singapore controls and organizes much of the healthcare system. They administer hospitals, pay doctors, and determine which drugs are preapproved for purchase through the Medisave account program. In many ways, the government’s job is to keep costs low, especially when it comes to pharmaceutical products.

More than 80% of the hospital beds in Singapore are in public hospitals. However, not all beds are the same. Singapore hospitals are divided into different wards and each ward has a unique set of amenities. A-class wards provide single rooms (and occasionally doubles) and air conditioning and are quite comfortable. B-1 class wards are set up with four patients in a room. B-2 wards have four to five patients in a room. Meanwhile, C-class wards are heavily subsidized (which is good for patients concerned about the Medisave balance). However, they are less private and are set up like shared dormitories, with eight to nine patients in a room. There are no private bedrooms or ensuite bathrooms.

Private hospitals and clinics in Singapore offer comfortable facilities, shorter wait times, and greater access to specialists. However, unlike many private hospitals around the world, rooms are not always private. Several hospitals in Singapore offer patients the choice between private rooms or four-bedrooms. The goal is to make private care more accessible and affordable and provide patients with a broader level of choice.

Who is Eligible For Public Care

In Singapore, citizens and permanent residents – known as PRs – are covered by public healthcare programs. However, the term “permanent resident” means something different in Singapore than it does in many other expat destinations like Europe. Singapore’s PRs have a very specific kind of status that can only be acquired after years and years of residency and an application to the Ministry of Manpower.

The majority of expats in Singapore aren’t PRs. Furthermore, they never will be. They are visa holders. They might hold an employment pass, a dependent pass, or an S-pass. However, they are not contributing to the programs that help fund public healthcare. As such, they are not eligible for coverage.

With the exception of the rarified expat who has been in Singapore so long and under very specific circumstances that they qualify as a PR, foreigners in Singapore are not covered by national healthcare programs or insurance options. Unless their employer has a program they can join, they must pay for healthcare out of pocket or hold private international insurance independently.

Best Health Insurance Plan for US Citizens Living in Singapore

Like many countries, Singapore’s population is aging. Critics argue that the country’s long term care facilities and palliative care programs haven’t kept pace with the rest of the healthcare system. Combined with increasing waits in hospital emergency rooms, you have a situation in which elder care is failing. Advocates for seniors argue that a more home-based system would be both cost-effective and more compassionate.