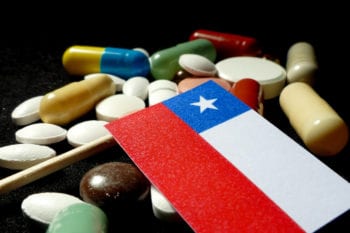 Chile has one of the highest standards of public healthcare in the world. They are considered a leader in Latin America, setting the standard for what other countries can achieve. Based on the World Health Organization’s listing of global healthcare systems, Chile is ranked 33rd in the world. This puts it just below countries like Finland and Canada and just above the United States and Denmark. The results of their exemplary care are evident in life expectancy rates. Chileans have one of the longest average lifespans in the world: 80 years for men and 85 years for women. However, while standards in cities such as Santiago are especially high, many of Chile’s rural and remote regions struggle to get the same standard of care as the capital. If you’re moving or traveling abroad, this is what you should know about Chile’s healthcare system.

Overview of Healthcare in Chile

Chile was one of the very first Latin American countries to introduce universal healthcare through salary deductions. In the 1950s, Chile launched a national healthcare system under the administration of the Fondo Nacional de Salud (FONASA). However, it wouldn’t last long. During the period of military dictatorship, a two-tier system developed. This allowed patients to opt out of the public system in favor of private options. However, investment in the public system suffered as a result. By 1990, with the healthcare system back in the hands of a civilian government, improvements were made to the public system once more.

Today, Chile has a mix of public and private healthcare. The FONASA program still administers the public side. On the private side, the system is known as Instituciones de Salud Previsional or ISAPRE. There are also additional special insurance programs designed for certain sectors. The most common example is a program designed for members of the Armed Forces.

In many regards, healthcare in Chile has been a tremendous success. For instance, virtually the entire country has access to clean drinking water. Rates of communicable and childhood diseases have considerably improved. This is thanks in part to improved hygiene, universal coverage of hospital deliveries, and establishing pediatric facilities for acute respiratory infections. Additionally, the public healthcare system also provides for public health initiatives. These include programs such as immunizations and nutritional programs.

However, significant challenges remain when it comes to healthcare in Chile. Approximately 3.5% of the country lives in extreme poverty. Social inequality results in unequal access to healthcare. For instance, infant mortality among children of mothers with less than 3 years of schooling is 3.4 times higher than it is among children whose mothers have more than 13 years of schooling.

In Chile, an estimated 5% of the family income goes towards healthcare expenses. Otherwise, the healthcare system is financed primarily through payroll taxes and government funding. The standard payroll deduction is 7%. All governance and regulation are overseen by the Ministry of Health at the federal level. The federal system is responsible for collecting and pooling funds and purchasing equipment and supplies.

The public and private healthcare systems in Chile operate a bit differently than other countries. Public healthcare is focused mostly on primary healthcare. This includes health promotion, preventative care, and medical treatment. The private sector, however, tends to focus more on specialized secondary services. This includes everything from cardiac clinics to dermatological care.

Approximately 20% of the population in Chile opt to carry private health insurance. Some of the benefits of private care include having access to multilingual staff, convenient testing facilities, and much shorter wait times. As well, facilities tend to be newer, cleaner, more comfortable, and more private.

Who is Eligible For Coverage

Expats living and working in Chile are eligible for public healthcare. However, they must have legal residency and be paying taxes. As of 2018, there are options for self-employed workers as well. Anyone who is self-employed and issues receipts for the services they are paid for are required to contribute 7% of their pay towards healthcare.

Those eligible for public healthcare in Chile can choose from either the state-run health service (FONASA) or from a private insurer (ISAPRE) plan. Those who choose FONASA will automatically have 7% of their salary deducted to fund the healthcare system. The FONASA program also covers health insurance for those receiving unemployment benefits, pregnant women without insurance, the families of insured workers, those with disabilities, and impoverished citizens.

When it comes to private insurance options through the ISAPRE system, the better the plan, the most expensive it is. Many high-salary earners opt to join ISAPRE or another private insurance option for the higher overall standard of care they receive. However, many expats choose to take care of their health insurance by purchasing private global medical insurance before they move. This allows them to have a high standard of private healthcare with few problems with local paperwork and bureaucracy.

Best Global Medical Plan for US Citizens Living in Chile

Believe it or not, Chile has developed somewhat of a niche industry in medical tourism – for obstetrics! All babies born in Chile are granted Chilean citizenship, whether or not the parents are Chilean. As such, the benefits of dual citizenship and Chile’s widely accepted passport are commonly touted as benefits of giving birth there. If you research obstetrics in Chile, you’ll see many private hospitals advertising a variety of packages ranging from a standard hospital stay to a much longer visit that includes language lessons.

For expats living in Chile, the experience is a bit different when you’re using FONASA or ISAPRE. In general, insurance will only cover a three-night hospital stay for vaginal births and a four-night stay for Cesarean births. Many expats report that the use of epidurals is much more common in Chile than in other countries. However, other forms of pain relief which are common elsewhere, like gas and air in the UK, are rarer in Chile. These are just some of the small cultural and procedural differences you should bring up with your local health team early on in your pregnancy.

It’s worth noting that, until 2017, Chile had some of the most restrictive abortion laws in the world. Today, abortion is only permitted when the mother’s life is at risk when the fetus will not survive the pregnancy, and during the first 12 weeks of pregnancy (14 weeks, if the woman is under 14 years old) in the case of rape. This is still a very sensitive subject in Chile. Women’s organizations are available to provide support to patients who don’t have a supportive relationship with their primary healthcare provider.