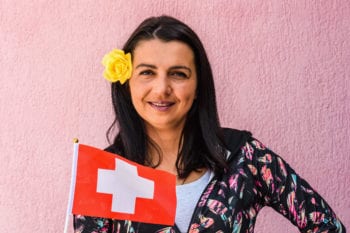 Health Insurance for Expats From Switzerland

Living the expat life agrees with Swiss citizens. More than 775,000 people, representing more than 10% of Switzerland’s population, live abroad. They are motivated by economic opportunities, family and cultural connections, and the chance to travel and expand their horizons. A majority of these people, about 70%, hold dual citizenship, mostly with another European Economic Area country. Most live in nearby France, Germany, Austria, Italy, Belgium, and the United Kingdom. Additionally, there are strong Swiss communities in the United States, Canada, Australia, New Zealand, Israel, South Africa, and Kenya. And no matter where they live, healthcare is important for expats from Switzerland.

We compiled a list of the best health insurance for expats from Switzerland. Each plan has excellent reviews and will cover you when you are away from home and if you visit your home country.

Best Health Insurance in the US for Swiss Citizens

Does Swiss Health Insurance Work in Other Countries?

The official advice of the Swiss government’s Federal Department of Foreign Affairs is that expats from Switzerland are responsible for “contact(ing) the social security providers in your country of residence in order to obtain health and accident insurance cover and thus have access to medical care in the event of ill-health, maternity or an accident.” In short, Swiss health insurance doesn’t work in other countries.

However, a small number of Swiss insurance providers do offer benefits to Swiss citizens living abroad. Alas, most do not. If you’re pondering expat life, consider investigating your Swiss insurance options to see which providers offer the most flexibility.

What to Expect From International Care as a Swiss Expat

Swiss citizens enjoy one of the highest standards of healthcare in the world. The World Health Organization ranks it 20th overall in the world. The country is ranked first on the 2018 European Health Consumer Index. Switzerland scores especially well when it comes to accessibility and staffing.

Swiss expats can expect similarly high standards if they’re moving to France, Germany, Italy, and Austria. Nearly half of all Swiss expats live in one of these four countries. Each of these countries has a healthcare system that receives superb rankings. Swiss expats can be reassured as to the standard of care they’re receiving. However, there are still small cultural and administrative differences they’re likely to notice the first few times they have a medical appointment.

This easy transition isn’t the case for all Swiss expats. Those who are moving outside their immediate region in Western Europe can expect significant differences in style and standards of care.

Read: Health Insurance in the USA

Rural Versus Urban Healthcare in Other Countries

While Switzerland has its share of challenging terrain that can make rural healthcare difficult to deliver, it’s nothing compared to some of the urban-rural gaps that exist in some countries. Expats from Switzerland settling in rural Australia, Canada, or the United States, for instance, might be surprised to learn that in-person visits with a specialist could require a long drive to the city. In some cases that drive could be a few hours. In others, it could be more than a day. Many public healthcare systems struggle to provide robust and convenient services to those living in rural and remote areas. Often, patients need to choose between the convenience of seeing a specialist quickly – but having to make a long drive – or waiting to be seen when a specialist makes a periodic visit to a nearby center.

Differences in Public and Private Care in Other Countries

Expats from Switzerland will also have to adjust to a different model of healthcare. The Swiss model of universal coverage based on insurance (which is private but also not-for-profit) is unique. Most countries that have universal healthcare do so on the basis of public funding, through direct or indirect taxes and other contributions. Very often there is no choice of the public insurance provider as the state is the provider. In those cases, patients only chose an individual insurance company when they are choosing supplemental private coverage.

The most sizeable adjustment comes when Swiss citizens move to economically underdeveloped countries. When you live in a country with some of the highest healthcare standards in the world, it’s shocking to see how many countries struggle to provide basic care for their population.

Private insurance helps to offset some of the challenges of public healthcare models. It also allows patients the freedom to choose the provider and package they like best, which is something expats from Switzerland will be familiar with. Additionally, using private international insurance means patients experience shorter wait times and more comfortable, modern facilities.

Patients in Switzerland are used to paying for part of the cost of their medical treatment. Each patient has an annual deductible that they’re responsible for which ranges between 300 and 2500 Swiss Francs. Patients are responsible for paying off their deductible before their insurance coverage kicks in. As well, Swiss patients normally pay a 10% copay at their medical appointments.

Overall, this is a unique system. Some other countries have the deductible method of payment. Many others have a copayment system. But very few have both systems like Switzerland does. In many countries, a small copay is a norm. In others, there are no upfront costs at all, as everything is billed directly. However, in some cases, patients must pay upfront for all medical costs and then submit their receipts for reimbursement. This can be a very stressful situation when you’re sick and scared. It’s even more frustrating if you’re in a country that operates primarily on a cash-based economy, with hospitals that don’t accept credit cards. To avoid being caught in a difficult situation when you’re feeling miserable, research your new home’s payment model before you move.

Regardless of what system your new country utilizes, you will want to have insurance coverage. The cost of healthcare in other countries can be very high, even by Swiss standards. For instance, even minor healthcare procedures in the United States cost thousands of dollars for the uninsured. Those requiring more significant care can see their bill rise above $10,000 or even $100,000 in a very short amount of time.

Swiss citizens living abroad have significant support. The Federal Department of Foreign Affairs (FDFA) has ample online resources for Swiss citizens abroad, including retirees, au-pairs, and those learning new languages. Additionally, the Organisation of the Swiss Abroad (OSA) represents expats’ interests in Switzerland. It is supported by some 750 different organizations and institutions around the world. While neither the FDFA nor OSA are designed to help Swiss expats specifically with healthcare either abroad or when they return home, they are an excellent source of information and support.