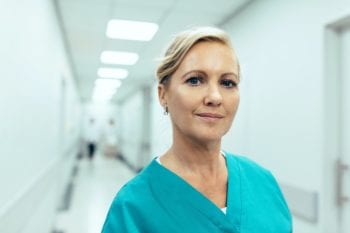 The decision to leave home and become an expat is always an emotional one. However, for many South Africans, the decision is especially fraught. Many describe “push” and “pull” factors behind their choice to move abroad. Others feel pushed out of South Africa by high crime and frustrations with the education system, for instance. Alternatively, many feel pulled to new countries to explore better economic opportunities or have a higher quality of life. Young, educated South Africans, in particular, are discouraged by a lack of employment opportunities. Yet they feel strongly about helping their country grow. While healthcare is rarely one of the stronger “push” or “pull” factors motivating would-be expats from South Africa, it is a consideration. Here’s what they can expect if they move abroad.

South Africa’s government-based healthcare is focused on point-of-care subsidies. As such, it provides no coverage or support overseas.

What To Expect From Overseas Care

South Africa’s point-of-care, partially subsidized healthcare is a unique model. It’s unlikely that expats will experience a similar system no matter where they move. Most South African expats relocate to countries with universal healthcare programs. Some of these countries operate a no-pay model that allows patients to attend medical appointments for no cost so long as they present their government-issued healthcare. Others require some form of payment. This could be either a modest co-pay or a large payment in full that is later reimbursed. Regardless, it’s a lot to adjust to when you’re used to a very different system.

Another big difference for South African expats is how care is delivered overseas. South Africa is home to some of the largest public hospitals in the world. They’re not just big buildings. They are major compounds! While great for a “one-stop-shop” approach, it’s easy to get lost in the shuffle. Meanwhile, in some rural areas, the local clinic might be no more than a single room staffed by one nurse.

While serious gaps between rural and urban care exist in most countries, it’s rarely to the extremes found in South Africa. Overseas, rural hospitals and clinics, while small, often have basic diagnostic and laboratory facilities and have a full set of staff members with extensive hours. Urban hospitals are large but they’re often likely to segment by specialty. It’s common to have cancer care hospitals, cardiac clinics, and children’s hospitals, while other hospitals specialize only in emergency care and send follow-up cases elsewhere.

Public Versus Private Healthcare In Other Countries

South Africa places 175th out of 191 countries on the World Health Organization’s ranking of the most efficient healthcare systems. However, while such rankings can be helpful in many regards, they don’t tell the entire story about South Africa. South Africa’s healthcare system has strengths and is focused on improvements.  Still, it can be a shock for South African expats who move to, say, Lebanon (ranked 91st), Poland (ranked 50th) or Cyprus (ranked 24th) and they still encounter long waits in public hospitals. Shouldn’t these countries be doing better than South Africa when it comes to stuff like this?

Unfortunately, even countries with superb standards of public healthcare must contend with crowded emergency rooms and long waits to see specialists. This is one of the reasons that many expats opt for private health insurance. They are covered from the moment they move. Plus, they also enjoy much shorter wait times and facilities that are comfortable and private.

Best Health Insurance for South Africans in the US

South Africa has a unique model of public healthcare. In general, the government relies on the Uniform Patient Fee Schedule or UPFS to regulate patient billings. The system takes patient income and family size into account when calculating what levels of billing apply.

Depending on where expats from South Africa settle, they’re unlikely to see a similar system. In some countries, expats are synonymous with one word: money. It doesn’t matter if you’re a struggling student or supporting a large family. You’ll be billed at the highest tier. However, it’s also possible that the opposite will happen. You might have no bill at all if you qualify for your new country’s public healthcare system.

In either case, it’s a good idea to remember that South Africa’s medical bills are usually a fraction of what other countries charge. If you need emergency care in Canada, Australia, Switzerland, or the United States, you could see a bill that costs tens of thousands of dollars (or even more).

Carrying private medical insurance is crucial to avoid these huge bills and the unwanted stress that accompanies them. Additionally, insurance companies can help walk patients through the process of finding hospitals and clinics as needed to ensure they get the best possible care in the most timely manner.

An estimated 80% of South Africans rely on the services of a traditional practitioner to some degree. Healers and alternative practitioners (including homeopathy, osteopathy, chiropractic medicine, and naturopathy) are regulated professions in South Africa. People in these fields are required to be licensed and registered. They must also have specific qualifications from their applicable governing bodies. Depending on where South African expats relocate to, they’ll likely find the role of alternative medicine is greatly different than it is at home.

In these cases, it’s common to have about $500 in reimbursable coverage for each kind of practitioner that is regulated by the government. It is usually chiropractors, massage therapists, physiotherapists, osteopaths, and naturopaths. Sometimes homeopaths, chiropodists, dieticians, and acupuncturists are also included. However, practitioners who combine alternative medicine with spirituality are never included.

There’s an excellent chance that returning expats from South Africa will be met with a radically different healthcare system. Slowly but surely, the South African government is working to establish a national health insurance system. The process is just in its infancy. It’s hard to say what the final plans will look like. However, the goals are to improve the nation’s health, make healthcare more affordable for everyone, and address inequalities among different socio-economic groups. Whether this will take the form of a single-payer system or another model of universal healthcare is anyone’s guess.