Recent Warning from the US Department of State on Syria 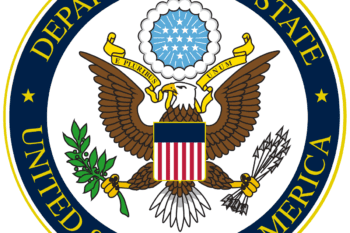 The US Department of State continues to warn U.S. citizens against all travel to Syria and strongly recommends that U.S. citizens remaining in Syria depart immediately.  This Travel Warning supersedes the Travel Warning dated November 12, 2014, to remind U.S. citizens that the security situation remains dangerous and unpredictable as a civil war between the government and armed anti-government groups continues throughout the country, along with an increased risk of kidnappings, bombings, murder, and terrorism.

No part of Syria should be considered safe from violence. The potential for hostile acts exists throughout the country, including kidnappings and the use of chemical warfare against civilian populations. Indiscriminate shelling and aerial bombardment, including of densely populated urban areas, have significantly raised the risk of death or serious injury. The destruction of infrastructure, housing, medical facilities, schools, and power and water utilities has also increased hardships inside the country.

There is a terrorist threat from violent extremist groups including the Islamic State of Iraq and the Levant, (ISIL), formerly known as al-Qa’ida in Iraq (AQ), the al-Nusrah Front, and others. Tactics for these groups include the use of suicide bombers, kidnapping, use of small and heavy arms, and improvised explosive devices in major city centers, including Damascus, Aleppo, Hamah, Dara, Homs, Idlib, and Dayr al-Zawr. U.S. citizens have been kidnapped, both for ransom and political purposes, and murdered by members of terrorist and violent extremist groups in Syria. U.S. citizens have disappeared within Syria. Public places, such as road checkpoints, border crossings, government buildings, shopping areas, and open spaces, have been targeted. Due to the security situation in Syria, the U.S. government’s ability to help U.S. citizens kidnapped or taken hostage is very limited.

Communications in Syria are difficult as phone and internet connections have become increasingly unreliable. The Department of State has received reports that U.S. citizens are experiencing difficulty and facing dangers traveling within the country and when trying to leave Syria via land borders, given the diminishing availability of commercial air travel out of Syria. Fierce clashes between pro-government and opposition forces continue in the vicinity of the Damascus and Aleppo airports. Land border checkpoints held by opposition forces should not be considered safe, as they are targeted by regime attacks and some armed groups have sought to fund themselves through kidnappings for ransom. Border areas are frequent targets of shelling and other armed conflict and are crowded because of internally-displaced refugees. Errant attacks will occasionally hit border towns just outside the borders as well. Road checkpoints have been controlled by armed terrorist and violent extremist groups and have been utilized to conduct kidnappings of individuals, including U.S. citizens.

The U.S. Department of State is concerned about the risks to civil aviation operating in the Damascus Flight Information Region (FIR) because of the ongoing armed conflict and volatile security environment. This FIR includes all the airspace over Syria and extends into adjacent international airspace.  A number of armed extremist groups are known to be equipped with a variety of anti-aircraft weapons that have the capability to threaten civil aircraft.  The Federal Aviation Administration (FAA) has prohibited U.S. civil aviation from flying in the Damascus FIR. In addition, U.S. government personnel in Lebanon have been prohibited from taking flights that pass through the Damascus FIR. For additional background information regarding FAA flight prohibitions and advisories for U.S. civil aviation, U.S. citizens should consult the Federal Aviation Administration’s Prohibitions, Restrictions and Notices.

U.S. citizens in Syria who are in need of emergency assistance in Syria, and are unable to reach the U.S. Interests Section of the Embassy of the Czech Republic or must make contact outside business hours, should contact the U.S. Embassy in Amman, Jordan:

If you seek information about U.S. citizens’ services in Syria from the Office of Overseas Citizens’ Services in Washington, please e-mail:  SyriaEmergencyUSC@state.gov.

The Department of State urges those U.S. citizens who decide to remain in Syria despite this Travel Warning to provide their current contact information and next-of-kin information through the Smart Traveler Enrollment Program (STEP).

For information on “What the Department of State Can and Can’t-Do in a Crisis,” please visit the Bureau of Consular Affairs’ Emergencies and Crisis link at www.travel.state.gov. Up-to-date information on security can also be obtained by calling 1-888-407-4747 toll-free in the United States and Canada or, for callers outside the United States and Canada, on a regular toll line at 1-202-501-4444. These numbers are available from 8:00 a.m. to 8:00 p.m. Eastern Daylight Time, Monday through Friday (except U.S. federal holidays).

For additional information, U.S. citizens should consult the Department of State’s Country Specific Information for Syria. Stay up to date by bookmarking our Bureau of Consular Affairs website, which contains the current Travel Warnings and Travel Alerts as well as the Worldwide Caution.