Home > News > Top 3 Things You Should Know About Ebola

Ebola: Advice and Information to be Aware of Before you Travel 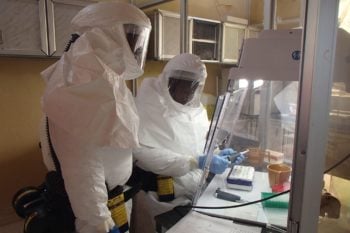 It’s no secret how prevalent the news coverage is on Ebola. In fact, some outlets are saying that social media is intensifying the fear, when ignorance, uncertainty, and a lack of a plan to contain and care in the United States are the driving forces behind the scare. Just like in purchasing travel insurance before any trip to account for unexpected mishaps, it’s best to prepare yourself with knowledge and prevention tactics to protect yourself and your loved ones. Below are the top three things you should know about Ebola.

Ebola Is Contagious and Dangerous, But That Doesn’t Mean You’ll Contract It

Despite the media hype, the reality about Ebola is it’s less contagious than the flu, H1N1, and even SARS. With the strong infrastructure and access to medicine within the United States, an outbreak is highly unlikely. However, since Ebola is not common in the United States, it’s taking time to develop a universal treatment plan for health standards.

Ebola is spread through bodily fluids (including blood, sweat, secretions, and organs) and you can catch it through shared door handles and beverages. The most important ways to protect yourself are the same as flu prevention, such as washing your hands frequently (or use alcohol-based hand sanitizer), covering your mouth when you cough, and going to the doctor immediately when you’re feeling symptoms. Airing on the side of caution is best, but giving in to the panic is not helpful nor productive. Before any travel, research your route and destination to determine if there is any sign of Ebola along the way.

The risk of an Ebola outbreak is very low in the United States, but the high amount of travel around the country raises a concern. Since the disease originated in West Africa due to poor treatment conditions, lack of access to proper medicines, and exposure to the deceased with the disease, Ebola has spread quickly. There are about 1,500 outstanding visas for individuals in West Africa, and at the time of this publishing, there are no travel warnings or bans in place. With the high level of contagion, this is a cause of concern and health, and government officials are working to keep this from becoming an outbreak.

Be Mindful of the Symptoms, and Respond Responsibly

Ebola symptoms are similar to the common flu with fever, severe sore throat, muscle pain, vomiting, and diarrhea. The symptoms escalate quickly and lead to death just as fast. It’s difficult for healthcare professionals to determine the point of contagion, and symptoms may not be present until a month later. Albeit difficult to pinpoint, health professionals are working on contact tracing, and are working to identify how they can stop the spread of Ebola.

If you’re feeling any of the symptoms above, go to your doctor immediately as there are proper care techniques in place to increase your chances to full health. In contrast, do not travel by plane, train, bus, or even car when you’re feeling a remote sense of these symptoms. Ebola has a 21 day incubation period and boarding a plane is the last thing you should be doing. If you’re sick, stay home!


Don’t give in to spreading the FEARbola, and research your travel route carefully before traveling. Be aware of where the outbreaks are and avoid traveling to these areas. Do not travel if you are feeling ill and see a doctor as soon as possible. To keep up to date on the facts and to research your itinerary, follow these five Twitter channels to ease your mind and keep informed: